Become an Ally for Tibet

A land of unmatched beauty that China is trying to wipe off the map. And a home to six million Tibetans who need you as an ally. 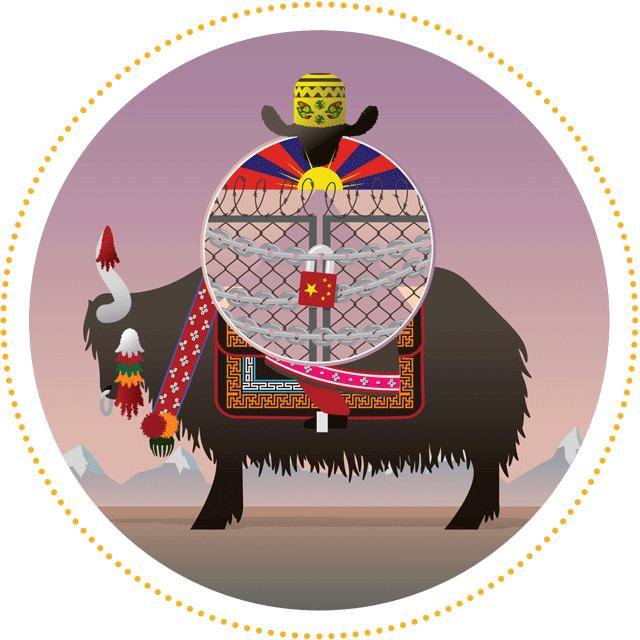 At Tibet’s border crossings, Chinese law traps Tibetans inside and keeps visitors out of the Land of Snows. You can call for open access by joining our virtual protest at the Nangpa La Mountain Pass.

China has turned Tibet into a massive prison. Tibetans are not allowed to leave. Attempting to escape can be deadly. Even Tibetans’ movements within their borders are severely restricted and relentlessly monitored by Chinese authorities.

People from other parts of the world are not allowed to freely visit Tibet, either. It’s all part of the Chinese government’s strategy to hide the truth about what it’s doing to the Tibetan people. You may not be able to visit Tibet. But you can still stand with Tibetans as an ally by joining ICT’s virtual protest for access to Tibet. 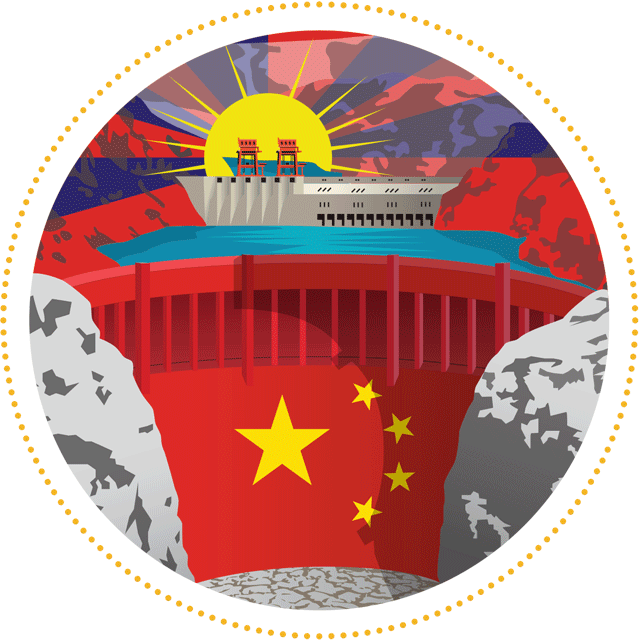 China's government exploits the water supply of over 1 billion people. You can call for environmental justice by protesting virtually at the Zangmu Hydropower Station, one of the largest dams in Tibet.

Tibet is known as the Earth’s “Third Pole,” because it has the largest reserves of freshwater outside of the Arctic and Antarctic. More than 1 billion people across Asia count on Tibet’s river systems for water. In addition, Tibet’s breathtaking landscapes and unique species make it a beautiful place rich in biodiversity.

But China’s reckless development, plundering of Tibet’s natural resources and damming of major rivers is endangering the whole planet. Indeed, Tibet is warming nearly three times as fast as the rest of the world. Tibetan nomads, who have taken care of the land for centuries, are losing their way of life. And the world will lose a natural gem if we do nothing. Will you take a stand through ICT’s virtual protest to protect Tibet’s environment?

Tibet is warming nearly 3x faster than the rest of the planet on average.
Read more >> 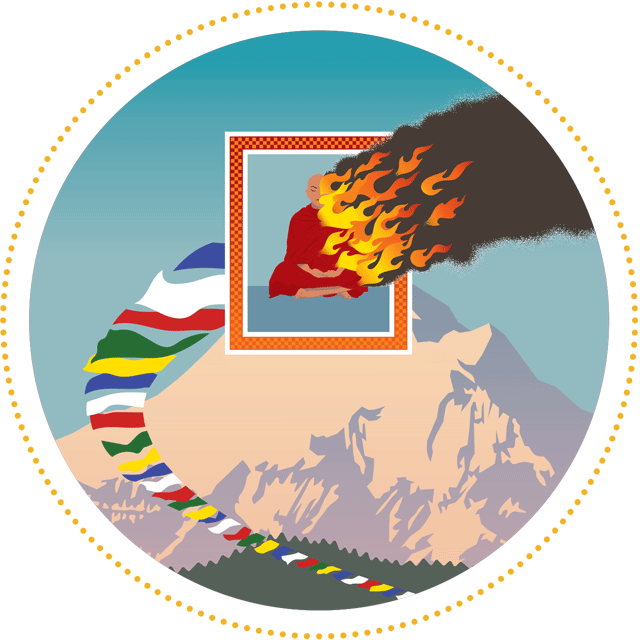 Thousands of Buddhist monks and nuns have watched the Chinese government demolish their monasteries across Tibet. You can join our virtual protest at Larung Gar—one of the largest and most influential centers for the study of Tibetan Buddhism in Tibet before its destruction—calling for religious freedom.

Since invading Tibet, China has destroyed or damaged more than 99% of Tibet’s monasteries. The few remaining monasteries or those rebuilt, have been forced to host Chinese police stations to facilitate the surveillance of Tibetan Buddhist monks and nuns while intimidating Tibetan laypeople.

Tibetans can be arrested for simply owning photographs of His Holiness the Dalai Lama or publicly declaring their devotion to him. Muslims and Christians face persecution at the hands of the government, too. But resisting any of China’s assaults on religious freedom can lead to long prison sentences, and once imprisoned, Tibetans are routinely subjected to torture.

Tibetans should be able to believe in their peaceful religion—it’s a human right. Will you take a stand for Tibetans’ right to practice their religion by joining ICT’s virtual protest for religious freedom?

China has destroyed or damaged more than 99% of Tibet’s monasteries.
Read more >> 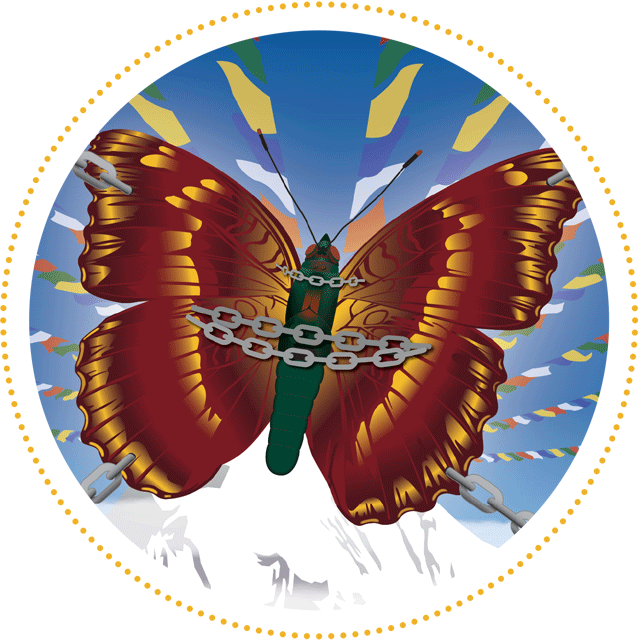 China’s leaders are scheming to fraudulently name the next Dalai Lama. You can stand for safeguarding succession as a right of only Tibetan Buddhists by protesting virtually in Lhasa, the capital of Tibet.

His Holiness the 14th Dalai Lama is the spiritual leader of millions of Tibetan Buddhists. As the embodiment of compassion and a tireless ambassador of peace, he is an inspiration to people of all backgrounds the world over.

To the Chinese Communist Party, however, the Dalai Lama is a threat to their control over Tibet. They label him a “terrorist” for having the audacity to promote peace and justice for the people of Tibet. They’ve illegally undermined Tibetan Buddhism before—kidnapping the six-year old Panchen Lama in 1995—and are now attempting to take control.

China’s leaders are scheming to name the next Dalai Lama—someone who will be a puppet of the Communist Party and a Dalai Lama in name only. If you agree that Tibetan Buddhism should remain in the hands of Tibetan Buddhists, join ICT’s virtual protest to protect the Dalai Lama’s succession.

The Panchen Lama was 6 years old when he was kidnapped by the Chinese government.
Read more >>

From 1959 to the 1970’s, the borders of Tibet were completely closed under China’s occupation. Starting in the 1980’s, a few thousand Tibetans have been able to escape China’s oppression annually by fleeing their beloved homeland. But Chinese security forces reacted to widespread peaceful protests in 2008 by ratcheting up highly technical surveillance methods and closing down the borders.

This tragic toll includes a 17-year-old Tibetan nun who was shot and killed in 2006 by Chinese police as she attempted to cross the Himalayas on her way to neighboring Nepal. She was just a 20-minute walk from the border when she died in reddening snow.

ICT is making encouraging progress in promoting more independent access to Tibet and bringing hope to 6 million Tibetans imprisoned in their own land. Congressional passage of the Reciprocal Access to Tibet Act in 2018 was an important breakthrough. This law denies entry to the US by Chinese government officials responsible for denying access to Tibet to US citizens. Ongoing ICT activism is also making headway for similar measures across Europe.

But to keep the momentum going, we need allies like you to take a stand for human rights. Will you show your support through our virtual protest for access to Tibet? 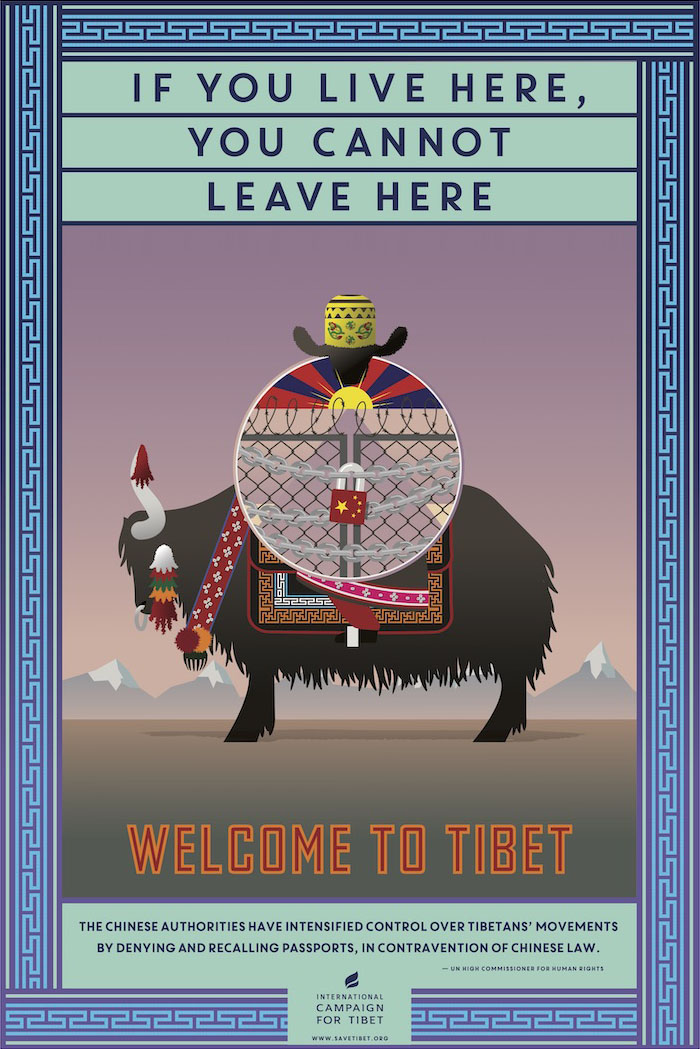 “Our planet is our house, and we must keep it in order and take care of it,”

– HIS HOLINESS THE 14th DALAI LAMA

China has forcibly occupied Tibet for more than 70 years. But that doesn’t mean the Chinese Communist Party can legally exploit Tibet’s natural resources without input from Tibetans.

The need for sustainable development policy on the Tibetan plateau is more urgent than ever. There is growing scientific consensus, including in China, that environmental stewardship by Tibetans is crucial to the health of the land, water and air. But Chinese officials continue to force Tibetan nomads—people with the most knowledge and experience of living in harmony with Tibet’s environment—to leave their pastures to be forcibly trained in low skilled labor and live in small concrete housing packed into crowded urban settlements.

Pushing nomads off their land and excluding all Tibetans from environmental policy decisions is China’s way of literally paving the way for highways and railways through pristine grasslands, more dams on major rivers and large-scale mining, among other destructive projects.

ICT is sounding a worldwide alarm about this largely overlooked environmental crisis that is putting the entire planet in peril. By working with friends on the ground in Tibet, climate change activists around the world and allies at the United Nations, ICT will keep pressure on China’s leaders to give Tibetans a voice in deciding the future of their environment.

But to save the Tibetan plateau, we need allies like you to take a stand for Tibetans’ right to preserve their homeland. Will you show your support through our virtual protest for Tibet’s environment? 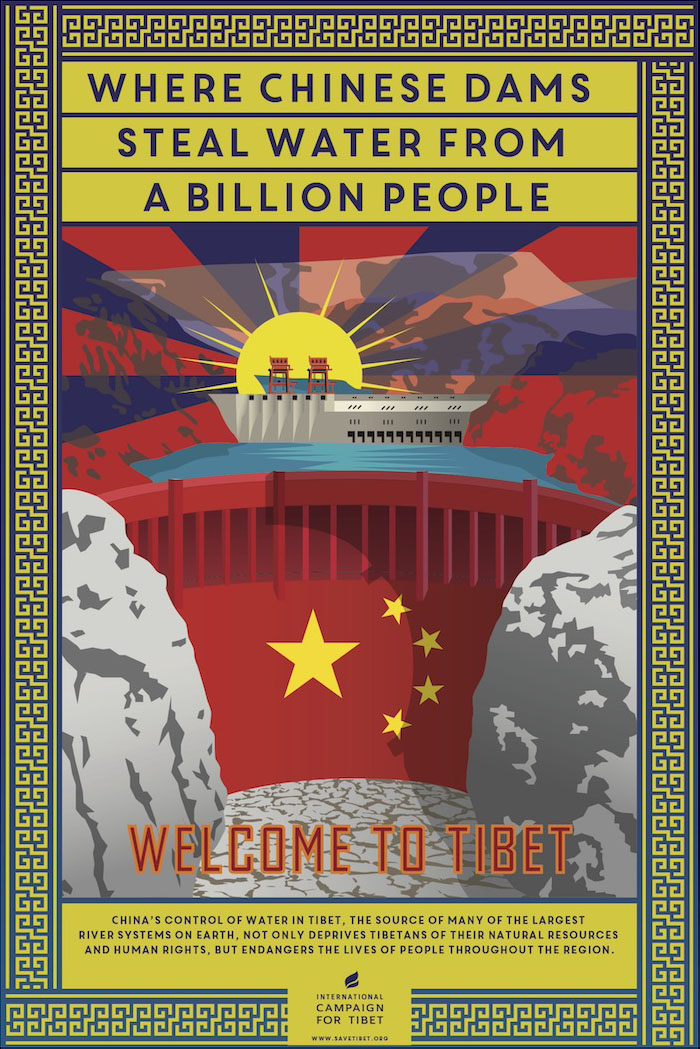 Chinese Communist Party officials view Tibetan Buddhism as a major obstacle to controlling Tibetans’ lives. That is why they constantly demonize His Holiness the Dalai Lama and persecute any Tibetan who dares to honor him as their spiritual leader.

Tibetan Buddhism focuses on a system of rigorous study that is being severely restricted by China’s policies in Tibet. Monks and nuns have been forbidden to travel within Tibet for religious teachings. Already heavy police presences are increased in the days leading up to religious holidays. And major centers of Buddhist learning in Tibet are being demolished to make way for tourist attractions to entertain Chinese citizens.

The Larung Gar Buddhist Institute is a recent casualty of China’s anti-religion fervor. Once home to more than 1,000 monks and nuns, Larung Gar’s buildings were demolished by order of Chinese authorities.

ICT rallies people from around the world and diverse religious backgrounds to stand up for religious freedom in Tibet. We are all united by the belief that Tibetans should have the right to worship according to their own personal beliefs.

But to safeguard the Tibetan religion, we need allies like you to take a stand for Tibetans’ right to practice their faith. Will you show your support through our virtual protest for freedom of religion in Tibet? 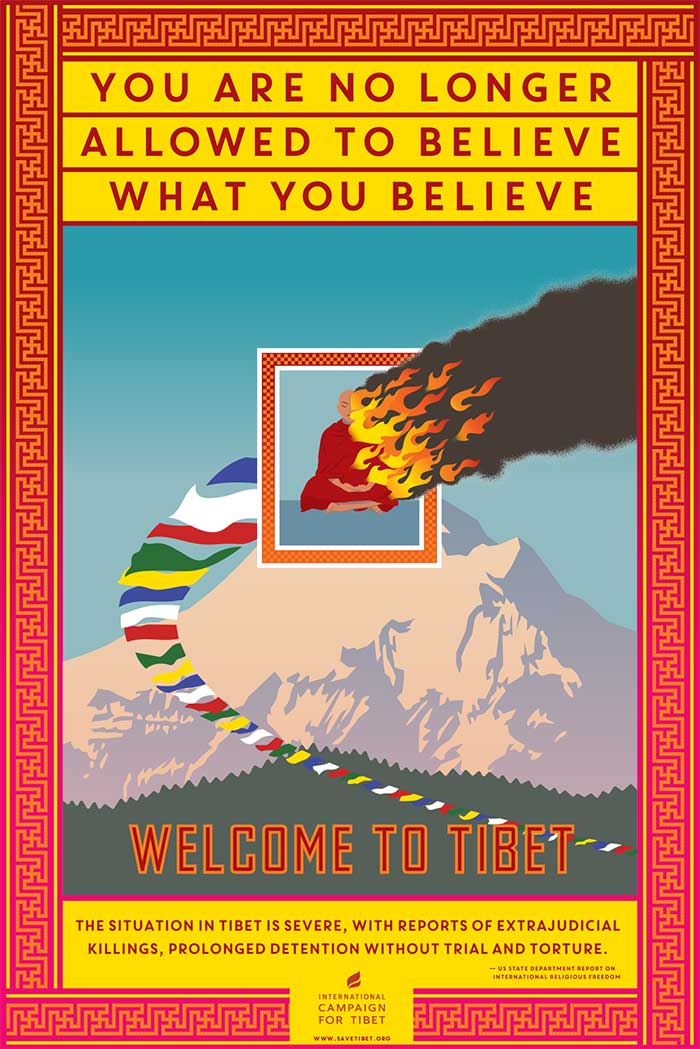 His Holiness the 14th Dalai Lama is, for Tibetan Buddhists and people around the world, an incredibly important spiritual leader. But he was forced to flee his homeland of Tibet over sixty years ago in the face of China’s invasion. He has never been allowed to return.

We know the Dalai Lama as a Nobel Peace Prize winner and an ambassador of compassion, human rights and environmentalism, whose philosophy has inspired Buddhists and non-Buddhists the world over. But in the Chinese government’s propaganda, the Dalai Lama is an enemy of the state because of his outspokenness on behalf of his people.

Chinese officials refuse to accept the authority of the Dalai Lama on the recognition of his own reincarnation. In an effort to control Tibetan Buddhism, they are falsely claiming authority to name the next Dalai Lama in an outrageous contradiction of Tibetan Buddhist tradition.

ICT has long warned about and strengthened international opposition to this despicable scheme, which becomes a greater threat with each passing year. That’s why we’ve supported the Tibetan Policy and Support Act, which became US law in December 2020 and puts the US officially on record as opposing China’s interference in the succession process. 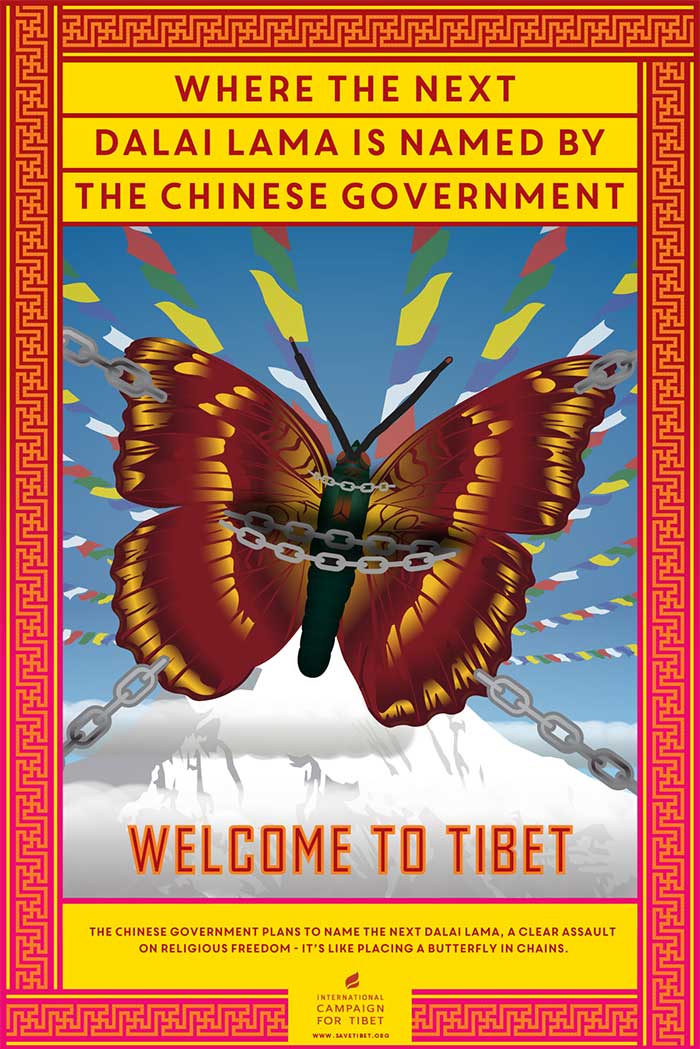 I Stand with Tibet and for Saving the Environment.

To Protect Religious Freedom in Tibet

I Stand with Tibet and for Protecting Religious Freedom.

To Protect the Dalai Lama’s Succession

I Stand with Tibet and for Safeguarding Succession.

I Stand with Tibet.